The application site is situated in South Croydon’s Croham Park area and features the demolition of an existing 1960’s chalet style bungalow which occupies the full width of the site. The clients’ brief was to create two new dwellings on the site that would become their forever homes.

Following a multi-generational model, more common on the continent, our clients are husband and wife, with his mother in the adjoining house, pooling resources and finances to get a better return on their investment.

There are a number of locally listed buildings which were used in the design process to as precedent to establish the building typology and detailing for the proposals to include pitched roofs with gable ends. The conscious decision was made for the design to consist of two semi-detached properties where the massing would read as symmetrical and so that the street elevation would not appear to be over-intensified. LB of Croydon expressed support for the application and we were able to work with the planning officers to ensure the design met with local planning policy and was designed to the standards defined by a character appraisal of the area.

The design takes the form of two front-facing gable ends with an adjoining flat roof which distributes the form evenly and is a contemporary interpretation of common features found in the area. Traditional materials will be complimented with sleek detailing to express the brick-clad ground floor base with a first floor and roof finished in hanging tile. This considered approach was to create a modern yet sympathetic response to the site.

The minimalist form of the two properties will supplemented by aluminium framed units inset from façade, that will read as being carved from the building volume. The brickwork and tiling will be coordinated to articulate recessed guttering and minimalist fenestration. The positioning of the front elevation replicates the setting of the existing bungalow and draws influence from the prominent brick boundary wall featured on the site. The first-floor gable ends on the front elevation are articulated further by projecting over the front doors to create a covered porch, thereby to distributing the massing from Binfield Road.

The aluminium framed glazing on the rear-facing elevation creates a strong connection to the open plan living spaces. The rear elevation is arranged on one plane with setback architectural glazing and inset twin balconies.

The project is due to start on site in early 2021 with a view to creating high-performance homes constructed in timber frame to near Passivhaus standard. 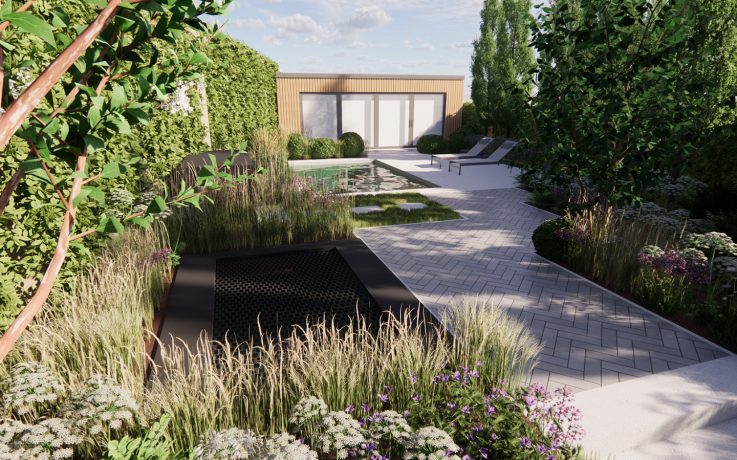 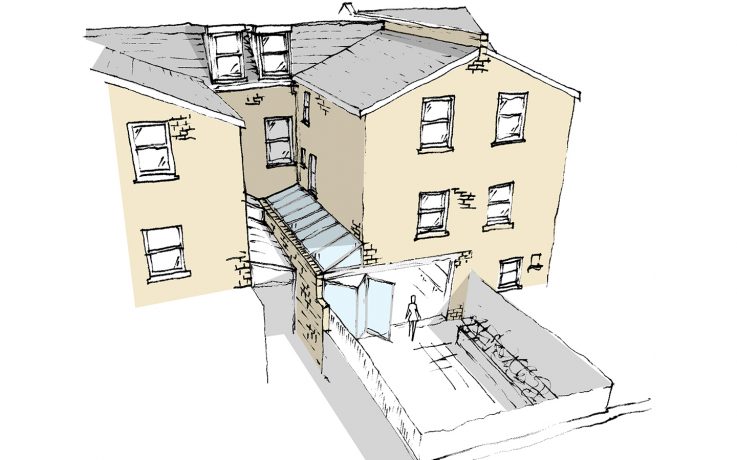 Project in Fulham on site 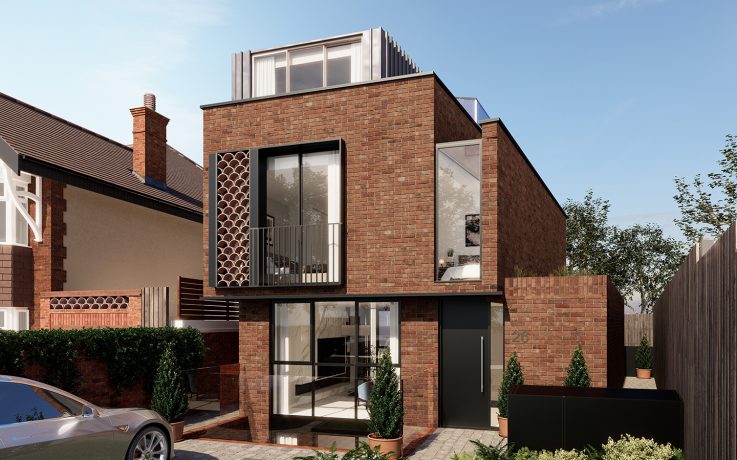 Planning Permission in the London Borough of Brent 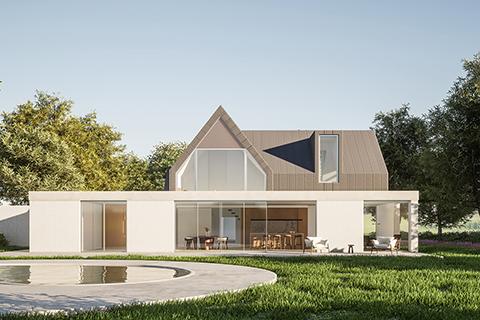