Previously a tired half of a pair of semi-detached houses in St Johns Wood, the initial brief was to reconfigure, extend and add a basement to this house.

However, this evolved into the design of a new build house, which included a basement and garden room.

Being part of a semi-detached house in a conservation area provided some context to work in.  The house also acts, to some degree, as a gatekeeper to a small mews road along its flank wall. The tiered, ‘wedding cake’ form of the building, while also providing interest in form also played homage to this role as a gateway building.  The brick, while complementary in tone aimed to enhance the quality of the masonry both in quality, but also in detail. Subtle details were added to pay homage, but not mimic, some of the Georgian/Victorian neighbours, such as the use of stone around parapet walls, a recessed pointing band detail at ground floor and the use of classical proportions to windows and doors.

A contemporary but warm palette of materials was used to create a home for three generations of the family and well as spaces for entertaining. As well as large open plan spaces, the house also has smaller more intimate spaces, such as a spa, snug and treatment room.

Internally the staircase is a key element to the success of the house. The cast concrete staircase was a combination of new and old materials designed with cutting-edge technology and re-established design techniques. Combining highly engineered polished concrete formed in a factory with wrought iron balustrade formed by hand.

In technological terms we also worked to a fabric first approach, minimising the energy use of the building before investing in expensive add-on technologies. The house despite being more than twice the size of the one it replaced, uses considerably less energy in consumption. The annual Co2 emission per m2 is approximately 40% less than building regulations require.

This project won an International Design and Architecture Award, 2017. 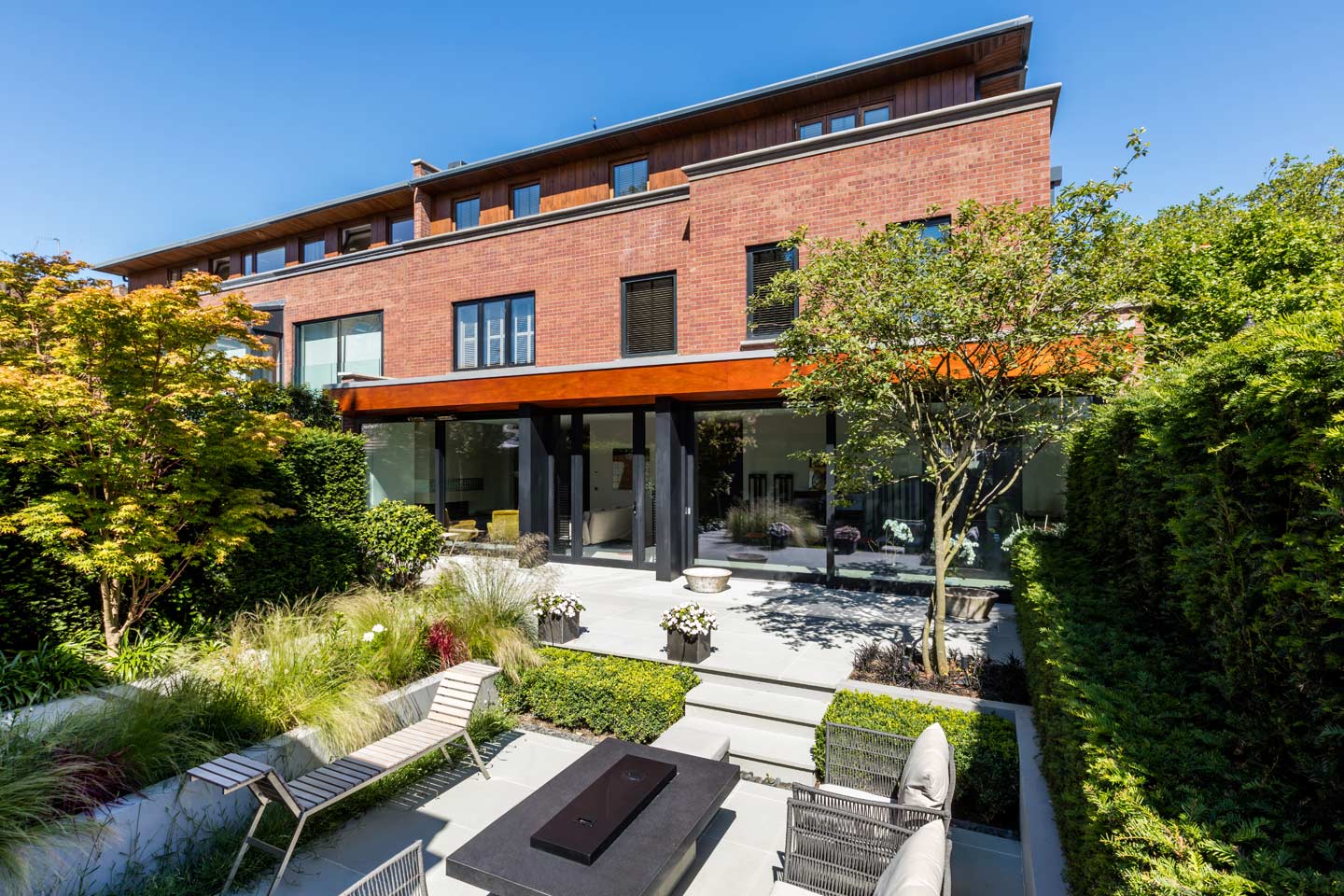 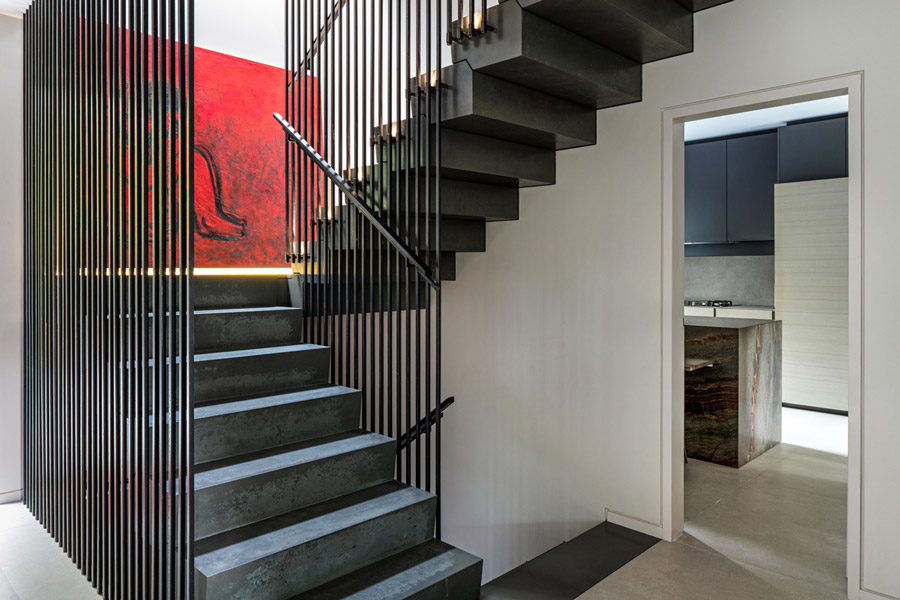 What the client said 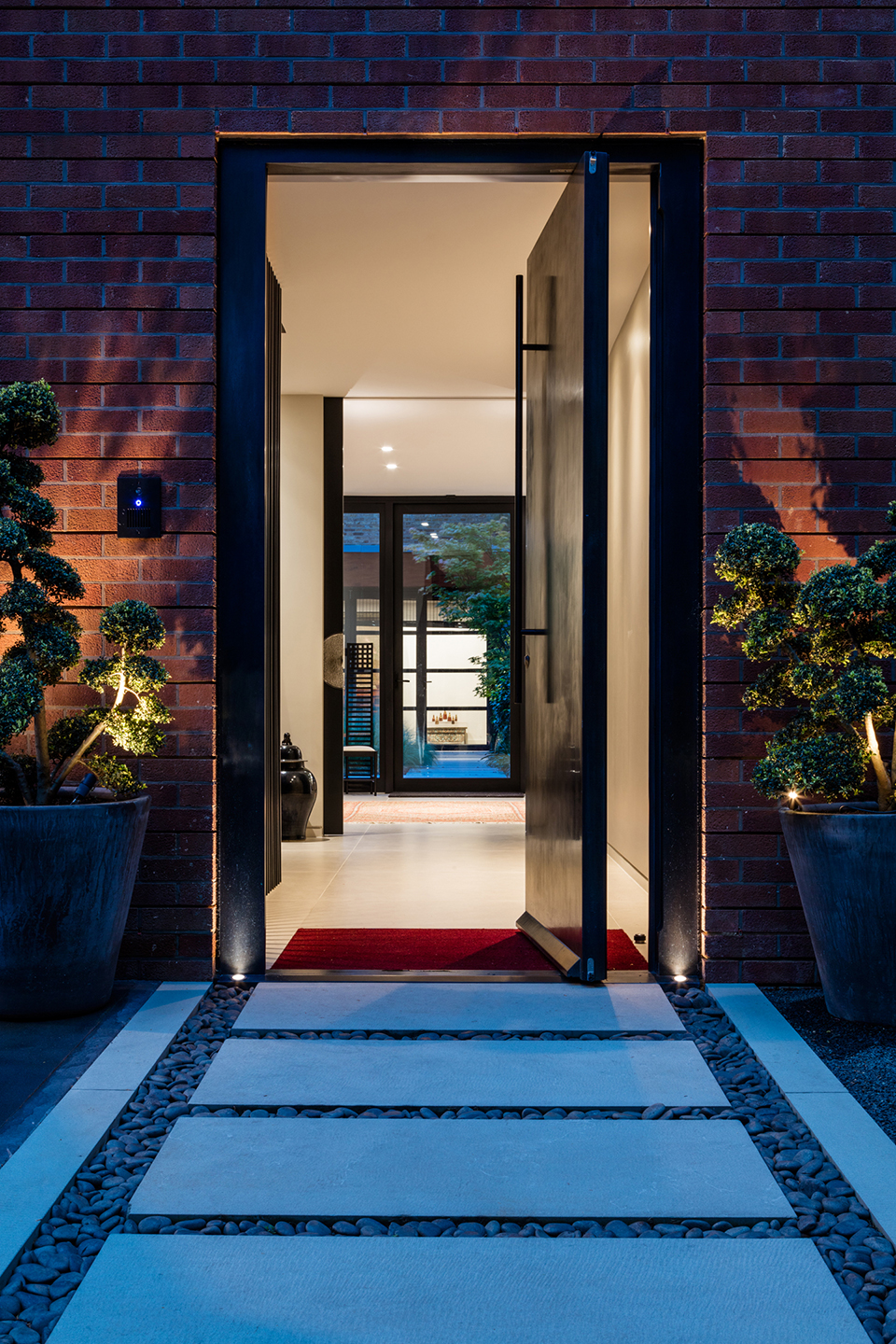 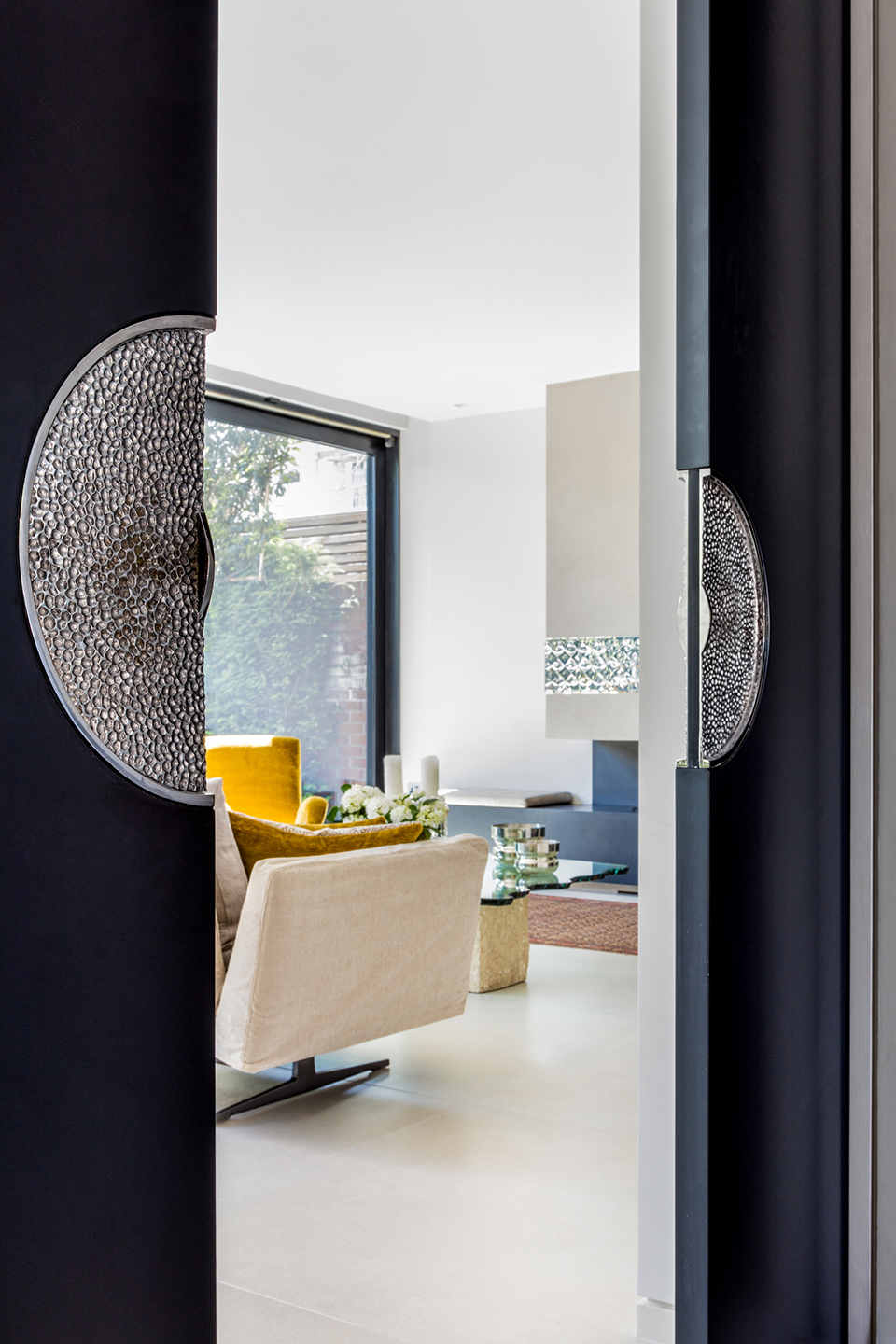