Our client, Akelius Residential, own a two storey block of flats surrounded by a non-descript car park. On review of the title, it was discovered that they owned a ten metre deep strip of land to the rear of the site. The plot had become overgrown with self seeded trees and weeds but offered great potential for development.

Granit were appointed to carry out an initial feasibility study to investigate options for creating additional rental units.

A number of options were developed, the favoured approach being a five unit mews composed of two and three bed houses.
By careful space planning, it was possible to create a series of courtyard houses that looking inwards on private amenity space.
This overcame the issue of potential overlooking on a relatively tight site. There was also sufficient space to provide some communal green space and to retain some of the existing trees.

The scheme is currently being prepared for a detailed planning application later in the year. 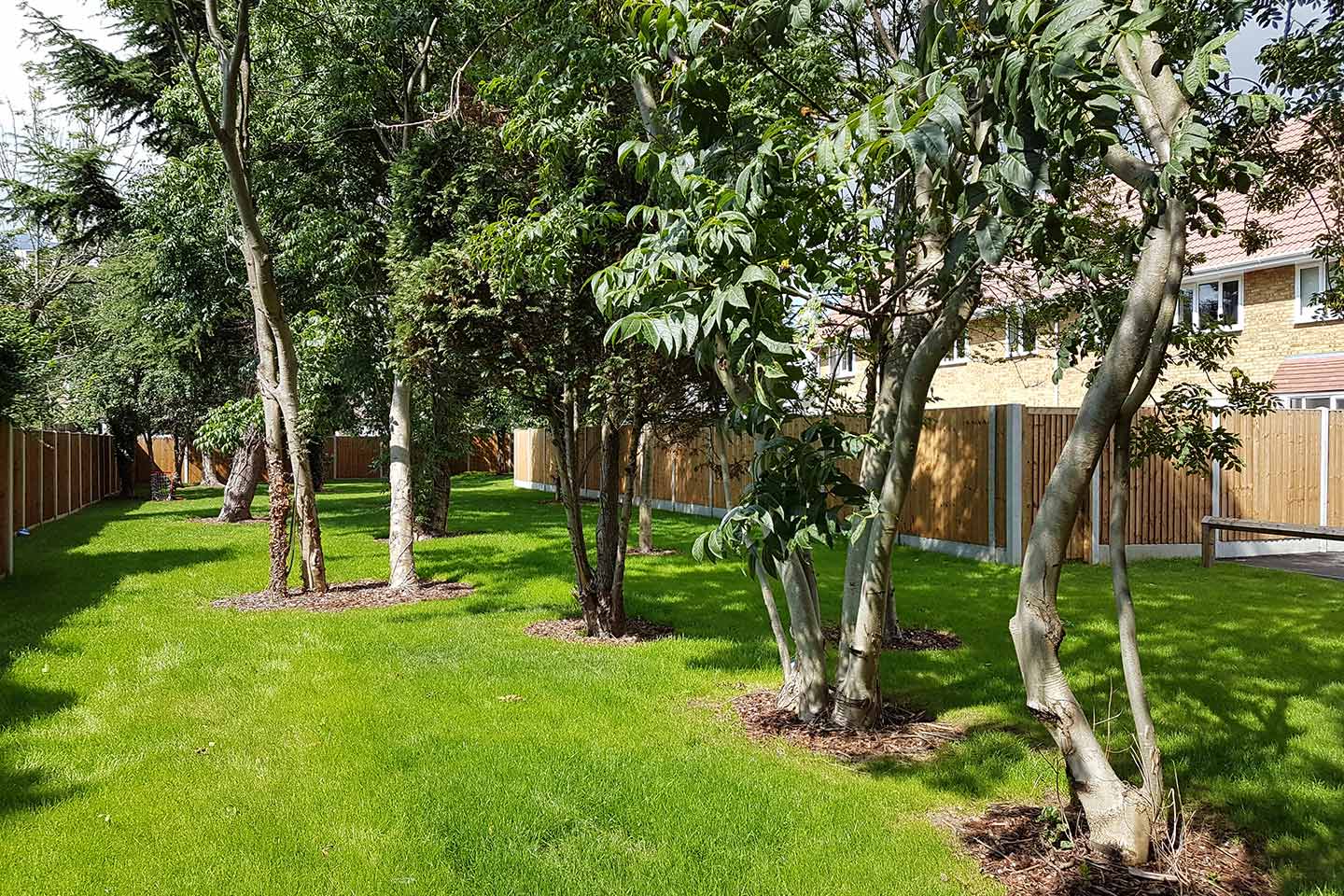 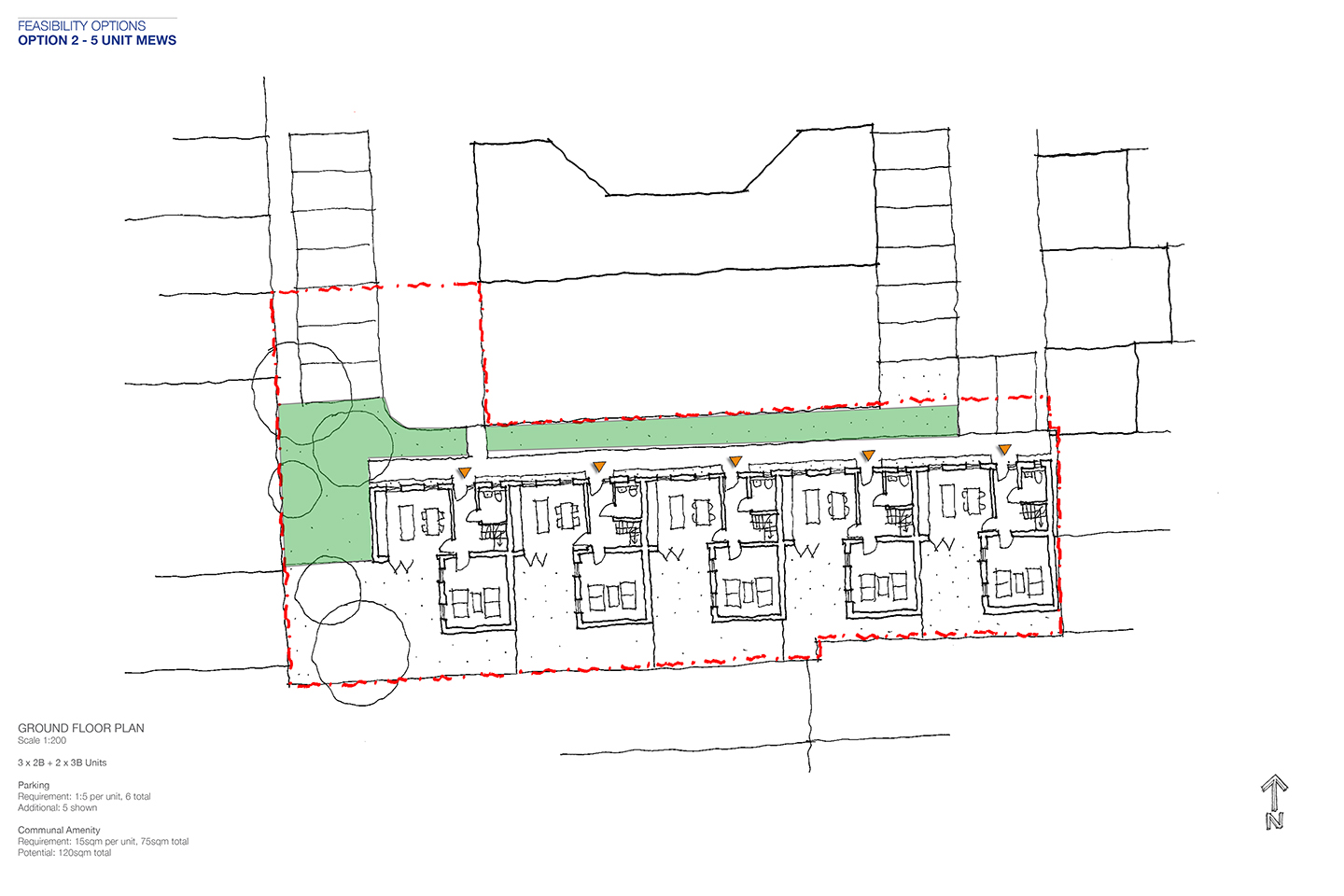